Precious Metal: Now you can invest in…

Classic vs Classic: We ride the Classic,…

A Cryptocurrency Called Omicron Is Up 137%… 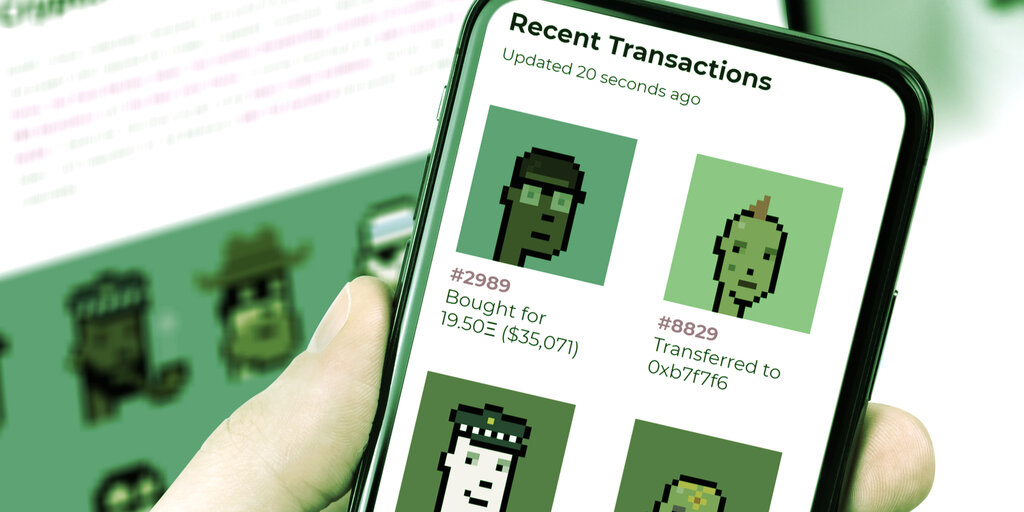 The total market capitalization of all 10,000 CryptoPunks—which are widely considered to be the “OG” non-fungible tokens (NFTs)—has reached over $1.95 billion, according to a research report published by the University of Nicosia’s Institute For the Future (IFF).

“NFTs are already a multi-billion dollar industry, in part due to pioneering work by Larva Labs, the creators of CryptoPunks,” noted the university’s CEO Antonis Polemitis. “We believe that, over time, NFTs will extend from arts and collectibles to represent a wide range of assets, services and communities.”

At this rate, NFTs as a whole will generate trillions of dollars in value by the end of the decade, he added, all in a digitally native format.

CryptoPunks and the NFT boom

NFTs have been the breakout success story of the recent crypto boom. These cryptographically unique, non-interchangeable tokens can be minted as one-of-a-kind offerings or in small batches, and associated with content such as images or music. Because NFTs are provably scarce, they can serve as digital certificates of authenticity and ownership for all kinds of digital media.

CryptoPunks are a collection of 10,000 pixelated “punk” portraits with randomly generated features. Each of the NFTs has a different value and rarity based on its attributes, with some selling for millions of dollars in the past.

To work out their current combined value, IFF researchers analyzed CryptoPunks sales data beginning January 1 this year. By May 9, the total price of the NFTs amounted to 476,113 Ethereum—worth roughly $1.95 billion at current prices.

“Establishing ecosystem-wide valuations across thousands or tens of thousands of NFT assets can only be done through automated analysis and is a critical missing link in the NFT ecosystem,” wrote research team lead Ali Tayar. “We look forward to further refining our valuation models and extending them to other NFT projects in the coming weeks.”

CryptoPunks’ market cap will likely grow even bigger this week, as legendary auction house Christie’s—which sold Beeple’s record-breaking NFT artwork for $69 million—gears up for an auction of nine CryptoPunks on its platform.

Meanwhile, Larva Labs has launched a new range of NFTs, Meebits, that bring the pixel art style of CryptoPunks into the third dimension.

National Technology Day 2021: Science and technology for a sustainable future

Bitcoin Is a Hedge Against U.S.-China Trade War: FalconX CEO

Precious Metal: Now you can invest in...

Classic vs Classic: We ride the Classic,...